Before you go ahead and pre-order tera online directly from the official tera online website, why not buy from an alternative channel and get up to 40% discount?

You don’t need a tera online coupon code or discount voucher, instead, you can get an even further discounted rate by buying a brand new, unused CD Key for tera online.

That’s just 34 euros!  So if you are after buying cheap tera online cd key at the cheapest price available, look no further.  You will receive your tera online digital download key instantly after your payment, and you can enter it directly into the tera online website and get a full digital download of the game!

Enjoy this amazing price while it lasts! This is a limited time promo code and the prices will be raised once the stock runs out, so this tera Cd Key deal is only while stocks last! Buy now, don’t delay!

Do you want to Buy Game Keys from a legitimate company and get instant delivery?

Why not try CJS CD Keys?

CJS CD Keys are one of the largest game key stores online today, offering the latest games at rock bottom prices. Best of all, immediately after your payment, you can collect the code instantly using the CJS unique ‘Autokey’ system:

After your order simply select the game key order you would like to collect and you can instantly collect your code:

Thanks to our unique automatic delivery, when you buy game keys from our online key store, you can instantly pickup your key.

CJS offer all the latest games on Steam and Origin at awesome prices, check it out:

Immediately after you buy your Kingdoms of Amalur: Reckoning Origin download serial, you can collect from our instant system.  After this, you can instantly download the game via Origin.

CJS CD Keys are a highly reputable shop, backed by many customer reviews. You can see CJS CD Keys reviews by cliking here:

In case of any problems, CJS CD Keys have a full support service online all day, every day, who will promptly reply and solve any queries that you have, so you know that you have full customer support throughout your purchase. In most cases you will not need to contact support, as our system is automated allowing you to instantly collect your codes!

We look forward to serving you on your first purchase with us!

Immediately after your payment you will receive a photograph/scanned image of the original, authentic and unused CD-Key with instructions on how to redeem it and download the game.

Darkspore is in stock now at cjs cd keys! The codes are sent to our customers instantly after payment, and best of all, you can get the limited edition for NO EXTRA COST!

If you buy now you will get the code for limited edition at no extra cost! that’s right! darkspore limited for just $29.99

You will receive a photograph / scan of the original box. This proves your 100% ownership of the darkspore 2 CD key in any case. The can be collected instantly after your payment via our autokey system.

We are the cheapest online key store today – with some of the cheapest prices on the internet! Our codes are delivered digitally, allowing you to download the game! This means you don’t have to wait for physical shipping, and it’s friendly for the environment too!

When you buy a Darkspore cd key you can activate it on the EA download manager and download the full game for free and legal from the publisher, you can receive all of the latest updates and more,

You can go to our Facebook page by clicking here and read about all our happy customers that we have in our customer base of over 6,000 regular customers.  CJS CD Keys have served over 1.5 million unique customers since our business launch, and have over 2,600 facebook fans and over 6,000 customers who have purchased from us more than 3 times in a row because of our great service!

Darkspore is an online Action-RPG where you can play up to four players in co-op and PvP. Instead of playing a single hero character, you collect and control many heroes, each with their own unique set of special abilities. Battle across alien worlds to collect loot that you can use for upgrades. Deeply customize your heroes in an Editor based on the award-winning Creature Editor technology from Spore™.

Set in a sci-fi universe, E-DNA has escaped the lab and allowed the Darkspore to overrun all planetary life. After eons of hiding in hypersleep, you have been awakened with a mission: Reconstruct an arsenal of Genetic Heroes and destroy the Darkspore!

Remember when you buy at www.CJS-CDKeys.com you will get the limited edition of the Darkspore serial.

Pre-Purchase now to get the Darkspore Limited Edition, which includes an early hero unlock and unique loot upgrades, at no extra cost.

Get instant access to Maldri, a Quantum hero. Use his special space-time abilities in combination with other heroes in your squad to gain a strategic advantage. 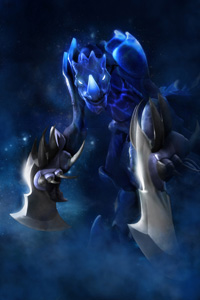 This game will be amazing, don’t miss this great deal and buy today your Darkspore CD key Limited Edition at CJS CD Keys to take advantage of the best price on the internet available today.

February 16, 2011 CJS CD Keys
CJS CD Keys (cjs-cdkeys.com) are offering a one-time discount deal that will blow your mind.  This deal will only last for a certain amount of orders, so be fast to secure your copy. After 500 sales, the discount code will expire.

HOW TO GET BULLETSTORM cd key serial FOR £15.99:
BULLETSTORM key code INFORMATION:

This is a Brand new Activation Code / serial for BulletStorm! Delivery will be instant via the autokey system.

THIS IS A SCANNED IMAGE KEY! That means you will receive a photograph of the activation code, so you have full proof of purchase so that you can prove your game is genuine.

This is a pre-order key!  Delivery will be on release date of the game! February 25 2011

We may even be able to deliver this game BEFORE release date, so you can pre-load the game ready for playing on release day.

THIS GAME WILL ACTIVATE IN ALL REGIONS AND ALL LANGUAGES!

These keys will be PHOTOGRAPHS of the game manual with the cd key printed on it!  What this means is that you can use the key anywhere in the world and you will NEVER have your game disabled for cross-region registration.  Best of all, you have full proof of purchase with a photograph!

These keys are for use with the EA Download Manager, which can be downloaded totally free by clicking here

After activating your key with the EA Download Manager, you will be granted access to a digital download (legal, straight from EA) of the game, which will work fully online in
multiplayer!

A brand-new and unique First Person Shooter IP from the teams that brought you Gears of War and Painkiller. Epic Games, People Can Fly and Electronic Arts present Bulletstorm, an over-the-top shooter that introduces signature ‘kill with skill’ gameplay.

Set in a futuristic utopia, an elite peacekeeping force thwarts the rumblings of civil war. But deception within the ranks has caused two members of the most feared unit, Dead Echo, to strike out on their own.

Now washed-up mercenaries turned space pirates, Grayson Hunt and Ishi Sato’s latest quest for a quick buck goes south. Stumbling upon their ex-commander’s warship, the Ulysses, Grayson engages this behemoth head-on. Outmanned and outgunned, his only option is
to ram the Ulysses in a suicidal bid at redemption.

Narrowly surviving a crash landing and now stranded on the
abandoned paradise planet of Stygia, Grayson and Ishi find
themselves surrounded by hordes of mutants and flesh-eating gangs.
They survive on two objectives: get off the planet alive and exact
revenge on the man who sent them there.

Taking the role of Grayson Hunt, wield over-the-top combat moves
and some of the most uniquely innovative weapons ever seen in a
first person shooter that all feed into Bulletstorm’s™ distinct
‘skillshot’ system for unprecedented levels of frantic gameplay.
Unleash the Bulletstorm!

The facts behind Bulletstorm read like a recipe for excitement
among hardcore gamers: first off, it’s an all-new first-person
shooter, a rare occurrence indeed; and then there’s its
development pedigree, with Epic Games (Gears Of War) and People
Can Fly (Painkiller) taking the reins jointly. As if that wasn’t
enough, it goes out of its way to be as gleefully and gloriously
over-the-top as it possibly can. The word ‘generic’ isn’t in
Bulletstorm’s vocabulary. Story-wise, Bulletstorm casts you as
Grayson Hunt, an ex-mercenary turned space-pirate, whose spaceship
collides with the military ship it is battling, and both crews end
up stranded on Stygia, a once-paradisiacal planet now abandoned
and overgrown. Teaming up with the cyborg Ishi Sato and,
unwillingly, Trishka Novak from the rival ship, you embark on a
mad quest to escape the planet by overcoming all manner of enemies
which even include mutated boss-plants. Bulletstorm’s gameplay
eschews such mundane concepts as mere survival: the game is all
about killing with style. Luckily, you have an unprecedented set
of tools designed to let you do that. The weaponry, for example,
is simply outrageous: the Boneduster, for example, is a
quad-barrel shotgun, the Flail Gun fires two grenades chained
together, which can wrap themselves around enemies before
exploding, while the Bouncer fires bouncing bombs that you can
kick into enemies. All the weapons have chargeable alternate-fire
modes that render them even more deadly – for example, the
Boneduster alt-fires a volley of flaming bullets that vaporise any
flesh in their path. In conjunction with the weaponry, you get an
upgradable leash which lets you pull enemies towards you or, when
you level it up, whiplash them up into the air. Plus, you get
powerful kick and slide moves – all of which, when administered,
cause a slowing down of time and a temporary suspension of
gravity. Combine all those attributes together, and you reach the
very essence of Bulletstorm: spectacular combos which earn you
different amounts of points. You might, for example, pull an enemy
towards you, then kick him into a cactus or an exploding dustbin,
or kick a bouncing bomb into a plant and poison group of
assailants. Each combo has its own, wryly amusing, name, and the
more stylish the moves you conjure up, the more points you get,
which in turn yield upgrades, alt-fire ammo and so on. Visually,
Bulletstorm won’t be mistaken for any other game: lush, colourful
vegetation has permeated everywhere, even the abandoned cities.
And there’s a deeply addictive multiplayer mode, too, in which up
to four people take on waves of enemies, Horde-style. In order to
progress, they must pass a points threshold, so co-operation is
the name of the game: there’s even a move in which all four
players leash an enemy and pull him apart. If you like your games
larger than life and thoroughly overblown, then you’ll be needing
a copy of Bulletstorm.